Murder In The dark

Murder by Matchlight is one of the British Library Crime Classics I asked for this Christmas, as at about £6 each and of a reliable standard of criminal cosiness, they don’t disappoint, or break Santa’s wallet.

A man is murdered in a London park, and while there are witnesses, it was pitch black so they couldn’t see anything. It’s all about what they heard, and the tiny patch of glow caused by one, brief match. As you can imagine, what different people heard and imagined in the dark varies, but eventually builds a picture.

It’s a very procedural story, and we follow Inspector Macdonald as he makes his enquires mostly in the dark, and always in the confusing time of war where people come and go and identities can be swapped or stolen in the cramped dark of an air raid shelter. I was constantly thinking how we would cope in a blackout. Every car and house invisible at night. Every mobile phone screen and child with trainers that have lights in the heel outlawed. Every nearby cough and footstep a potential threat.

Belfort Grove had the same quality as every other London street in the blackout: it seemed completely blank and dead, as though it were impossible that cheerful, normal human beings could live and move behind the dead façade of the blackened houses.

Blind people would suddenly be so much better at stairs and pavements (among many other things). I remember seeing a blind woman interviewed about the London smog of the 1952, and how as she had always used the sound of her feet to judge where walls and turns were, she became her sighted sibling’s guide. The best thing about this book is something many of the BLCC have in common, and that’s the language. We really have to start talking like the 40’s again. I vote we bring back ‘fussation’ (a witness to the crime looks to see what the fussation is about). And the reason he’s out at night is to walk his dog, who is fossicking in the bushes, another word that doesn’t get enough outings these days. So let’s bring them back, spit-spot. 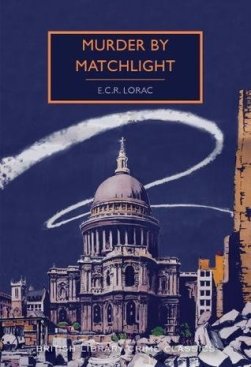 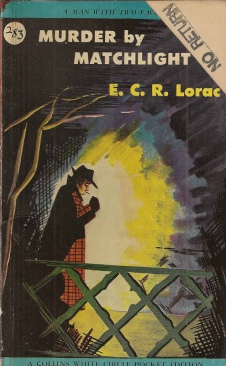 ← Happy New Year, Happy New Books!
When it comes to lolly theft, only Bruce Lee will do. →

17 thoughts on “Murder In The dark”