Nicholas Nickleby (and my cat)

I read Nicholas Nickleby when I was about sixteen, and so to launch my Dickens Challenge, thought I’d start off by running through it again. I’m glad I did, as I had it in my head Nicholas was at the awful Dotheboy’s Hall school under Wackford Squeers for at least half the book. I then thought he was gallivanting about in the theatre for the second half. Neither of these are true. I also thought it would be a quick run-through, but my edition comes in two volumes, both 500 pages each, so quick aint the right word. There is also a character who had such an impression on me due to his job title, my memory gave him quite a large role, and not just a sentence as a brother to a woman who once worked with Nicholas’ sister. He is Mortimer Knag, ‘ornamental stationer and small circulating library keeper’. I wanted that job when I was sixteen, and I want it now. 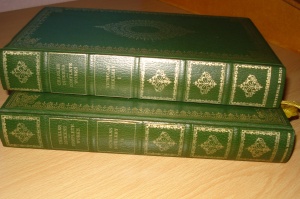 Today I started the second volume. I like these books as they have bizarre illustrations, where everyone who is not a Nickleby has a huge head.

And my cat, Violet,  likes these books as she really enjoys a ribbon bookmark.

I think I might give that a good clawing and chewing. 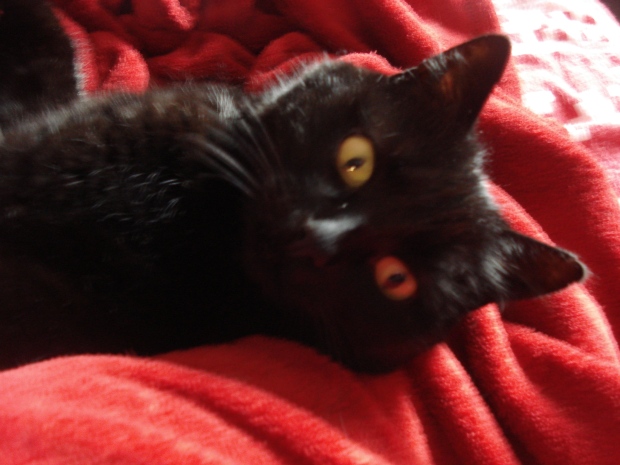 Me? I wasn’t doing anything! How DARE you accuse me.

← Why is Victor Hugo in his birthday suit without a stitch to wear?
We should start seeing other people →

One thought on “Nicholas Nickleby (and my cat)”